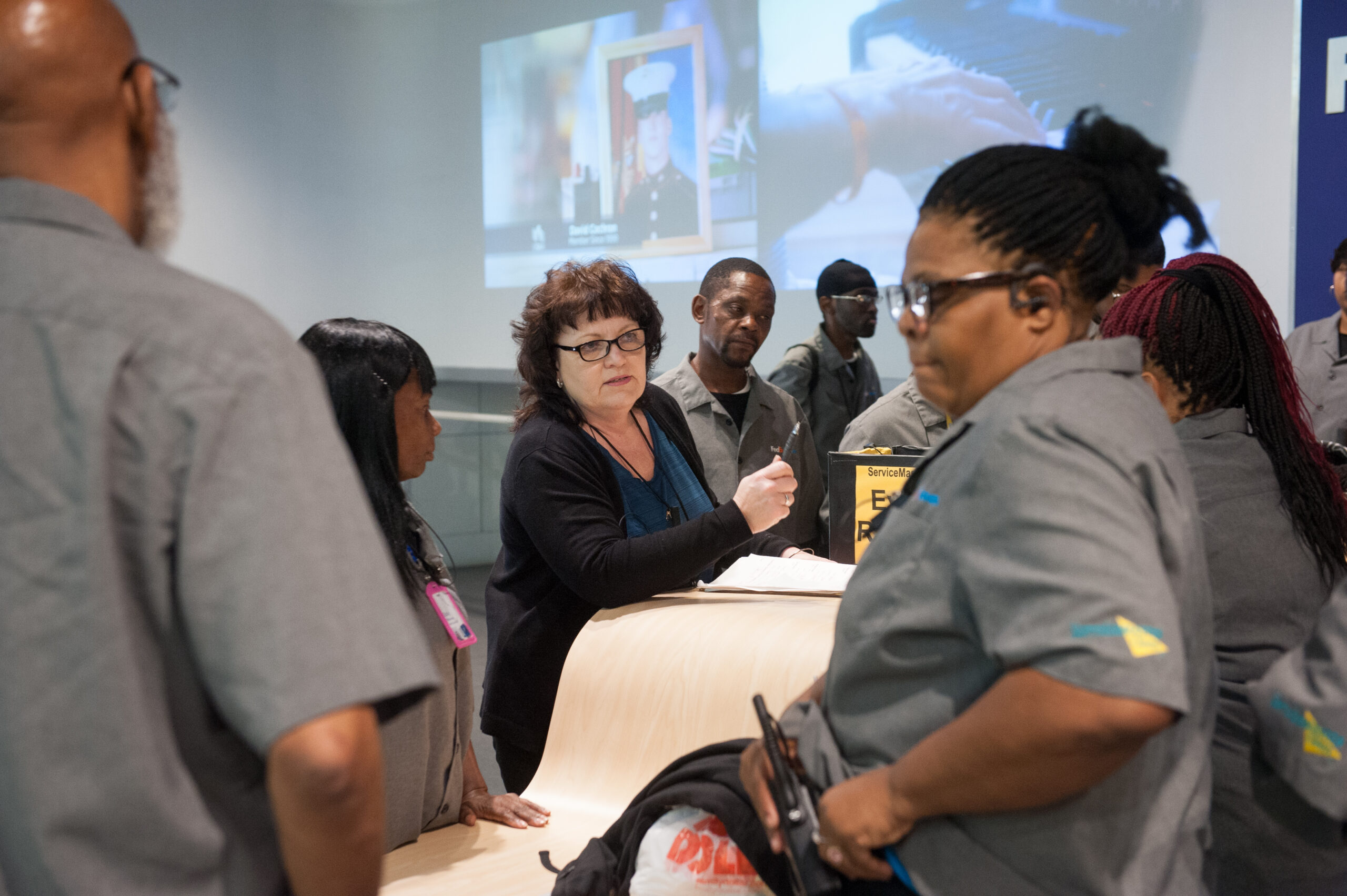 Back in September 2017, Stratos CEO Stacy McCall had a unique idea that challenged managers to be more engaged leaders. She tasked them with tracking their steps while on the job as a way to gauge how involved and present they were with their team and customers. Because of its effectiveness, the contest has been held several times over the last five years. Most recently, management team members took part once again in November 2022. Those who service Stratos’ event and venue customers and those who serve the janitorial side of the business participated.

The steps challenge encourages participants to stay active on the job, of course, but the goal is much bigger than that. Putting in steps translates into two of the three V’s that are very important to Stratos – remaining visible and seeing visually.

Let’s unpack those two V’s. Effective leaders must have the ability and desire to remain visible and see visually as a result. There is simply no better way to connect with customers and team members than through in-person communication. And, while having an on-site employee relay information to you by phone or email is convenient, it certainly isn’t the lens we should always rely on. When leaders are present (and visible) on the job, they’re able to see (visually) what’s going on for themselves, and build rock-solid relationships with the team and customers.

Over four days last November, event and venue supervisor Rochelle recorded 90,673 steps at FedExForum, while John Wilson, who works on the janitorial side, walked 34,388. Many others clocked plenty of steps, as well, especially the team working alongside Rochelle at FedExForum. Rawy had an impressive 85,549 steps, Ricardo walked 71,000 steps and Lisa was not far behind with 69,077 steps. These high step counts prove the contest works and matters, even in the digital age we’re in now, which was deepened during the pandemic. And, it also contributes to an overall healthier team. The impact Stratos sees each time it’s held is always impressive and long-lasting, making it a mainstay for the organization.

It is a business necessity to venture out as a leader and think outside the box and create challenges like this one for your team. Leaders understand that engagement is important, whether within their community or organization. Lean into visibility by not depending on technology to drive engagement for you. It is now more important than ever to connect with the people who strive to make a difference in the organization. What steps can you take as you enter 2023 to increase visibility and how often you see things visually within your organization?