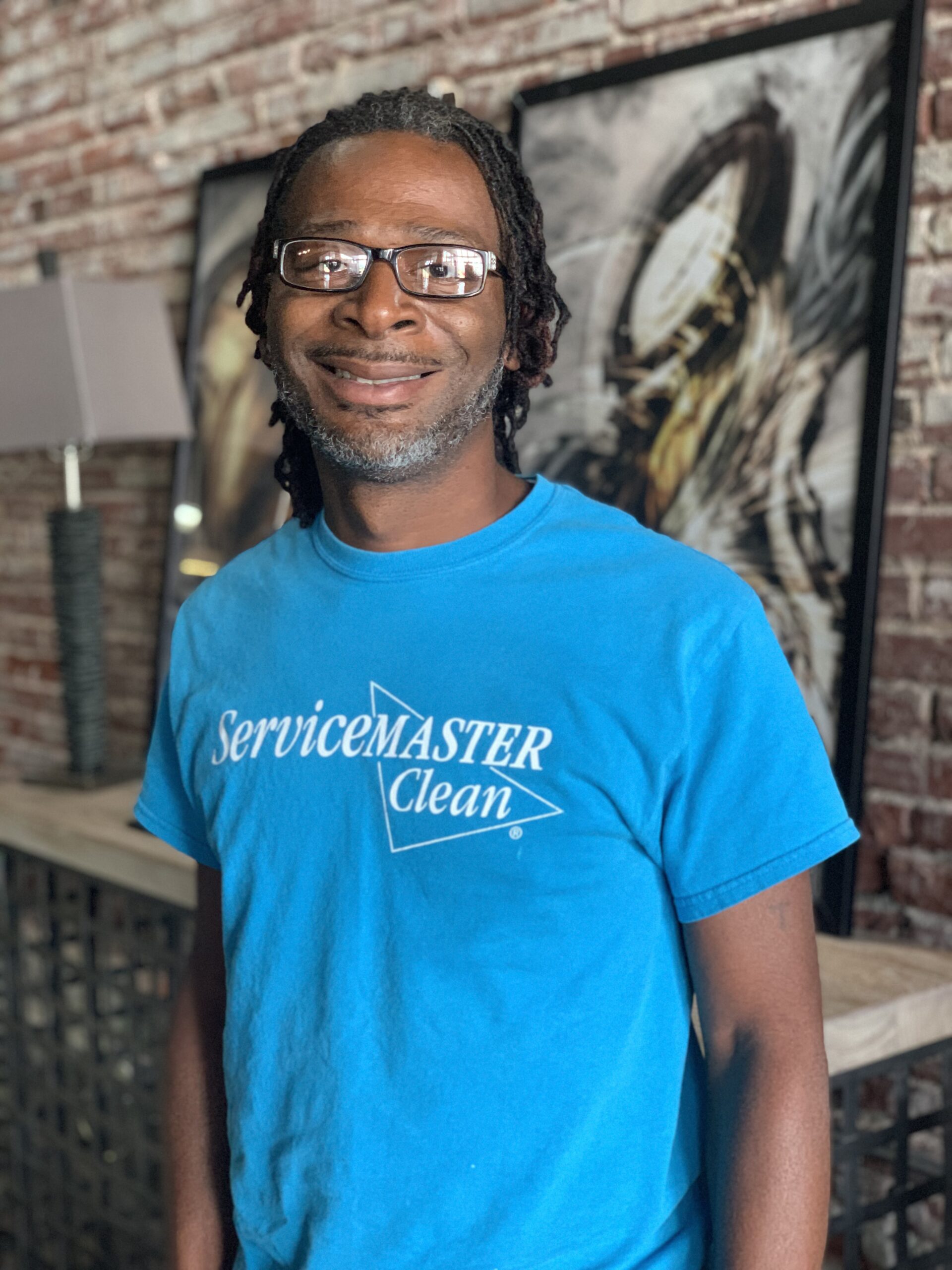 Resiliency: Re·​sil·​ien·​cy. Noun. The capacity to recover quickly from difficulties.

If asked to describe Stratos service partner Reginald Echols in one word, resilient would be it. Reginald grew up in Greenville, Mississippi. At age 15, he found himself on his own. Still, he saw to it to graduate from high school and even attended some college classes after that. This chapter of his life was integral in shaping his outlook on life – “everyone should be able to help themselves, just like I did.”

Now, let’s fast forward to 2013. Reginald found out he had lung cancer after several trips to his doctor. Even then, he faced the challenges it brought on his own – chemo, radiation, doctor visits, medical bills. It was his sole responsibility to carry all these burdens, he thought. After being declared cancer free, Reginald moved to Memphis in 2014 and found work (and a whole lot more) with Stratos.

When Reginald joined the team in 2014, he began to grow in his maturity and his “independence-or-bust mantra” began to shift. Then, he was knocked down again. He received another devastating diagnosis. This time, it was prostate cancer. Only after learning that his father was battling the same illness did Reginald reveal this struggle. The two leaned on each other during treatment, helped each other through surgery and kept the faith every step of the way. Reginald’s father rang the cancer-free bell six months ago and he followed suit four months later. While their medical teams get the credit for their healing, there’s no doubt the help they received from each other played a role, as well.

“Most people say cancer knocks them down, but I didn’t feel that way. I thank God for the strength he gave me to get through the struggles.”

That chapter of Reginald’s life coupled with his new role at Stratos truly changed him. He now knows no man is an island, not even him. Teamwork is key to success at Stratos and the same is true in life. Whether it’s a neighbor in need of a hot meal or a fellow service partner who asks for help on the job, Reginald is always willing to lend a hand.

And while he may be cancer free, the days aren’t always easy. He has sickle cell disease and takes 10 pills a day to keep symptoms at bay and to remain in cancer remission. Sometimes he doesn’t have as much energy as he would like, but he still shows up with a smile on his face because he wants to be there for the team.

“I thank God for my lovely family here at Stratos,” Reginald said. “Without Stratos, I don’t know where I’d be. They have really helped change my life.”

Reginald, we are grateful for your positivity, dedication and most of all, your resiliency. Thank you for being part of the Stratos team.